HALL-OF-FAMER ANNIKA SORENSTAM, THE ICING ON THE CAKE FOR THE LA RESERVA DE SOTOGRANDE INVITATIONAL

More great news for the La Reserva de Sotogrande Invitational, the Ladies European Tour event to be held from 16 to 19 May at the La Reserva Club de Sotogrande golf course! Ten-time Major winner and World Golf Hall of Famer, Annika Sorenstam, has been announced as the host for the inaugural edition of this event.

Having won 72 events worldwide and topping the LPGA career money list, the 48-year-old Swede is widely regarded as one of the greatest women’s golfers of all time and it will be a real pleasure having her in our tournament.

As part of her host role for La Reserva de Sotogrande Invitational, Sorenstam will be conducting a junior coaching clinic during the week of the tournament, as well as playing in the Pro-Am competition. On top of this, one invitee from her ANNIKA Foundation – which provides opportunities in women’s golf at the junior, collegiate and professional levels – will get the opportunity to play in the event.

“I’m delighted to be able to support what is set to be a fantastic new event on the LET calendar. La Reserva is a stunning venue that will be a fitting destination for some of Europe’s best female golfers to showcase their immense talent”, said Sorenstam, who always do anything to make sure women’s golf gets the support it deserves.

La Reserva de Sotogrande Invitational will mark the first of three visits to Spain for the LET in 2019. Cabell B. Robinson’s design, one of the jewels of our resort, will play host to the best LET golfers in a tournament that could be crucial in qualifying for the European team that will try to regain the Solheim Cup at Gleneagles in September.

La Reserva de Sotogrande Invitational will be supporting the Marbella branch of the Spanish Association Against Cancer (AECC), which is committed to help cancer patients and their families and focused on promoting cancer research in Spain. The AECC will receive the money collected by various fundraising initiatives taking place during the tournament.

If you would like to enjoy Annika Sorenstam’s play and support the AECC, please sign up at the tournament website and buy your tickets today. We look forward to seeing you at La Reserva! 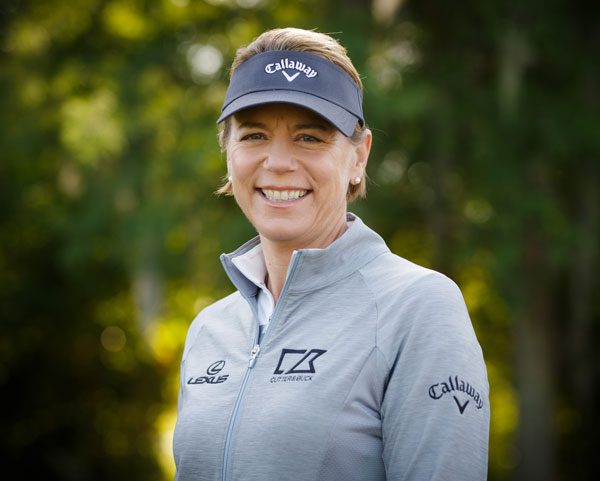 ← EASTER AT THE BEACH @LA RESERVA CLUB ENTERTAINMENT AND CHARITY, AN UNBEATABLE TWO-IN-ONE IN THE CHALLENGE →