We still have fresh in our hearts the emotions we felt at the inaugural La Reserva de Sotogrande Invitational hosted by Annika, the Ladies European Tour event we held at La Reserva Club de Sotogrande from 16 to 19 May, but we are already working hard on next year’s tournament. At the forefront, of course, World Golf Hall of Famer Annika Sorenstam and the CEO of Sotogrande SA, Marc Topiol.

“When you share a passion, everything is easier,” said Marc Topiol, CEO of Sotogrande S.A., when speaking about World Golf Hall-of-Famer and fellow driving force behind the event, about Annika Sorenstam. The duo had three clear-cut goals for the tournament; to promote women’s golf, support the local community and make the event an iconic stop in the Ladies European Tour international schedule. It proved to be a resounding success.

““It’s been a great experience for La Reserva and Sotogrande at large,” said Topiol. “I need to thank our team for their dedication and support in presenting a course in magnificent condition and a family atmosphere throughout the week.

“The pro ladies were the stars of the week and represented women’s golf perfectly; what a pleasure it has been for us to support the LET with this new event.”

Sorenstam, 10-time major winner and one of the best female golfers in the history of the game, was the star in a week full of events and her involvement through her Foundation will be again a staple in the event going forward.

Local player María Parra was one of the stars of the tournament and she had participated during their amateur years in events promoted by the ANNIKA Foundation.

“Annika’s involvement is fascinating”, said Parra, who was also quick to praise the course. “I had played La Reserva a few times and the course is always good, but this time it was amazing”.

From La Reserva Club de Sotogrande we also would like to thank everyone who contributed with their donations to the Spanish Association Against Cancer (AECC). More than €33,000 was collected for this non-profit state-level organisation that spearheads the Spanish society’s effort to reduce the impact caused by cancer.

We hope all our friends will be with us again on the second edition of the event, enjoying the great play of the best Ladies European Tour golfers and all the surprises we are preparing! 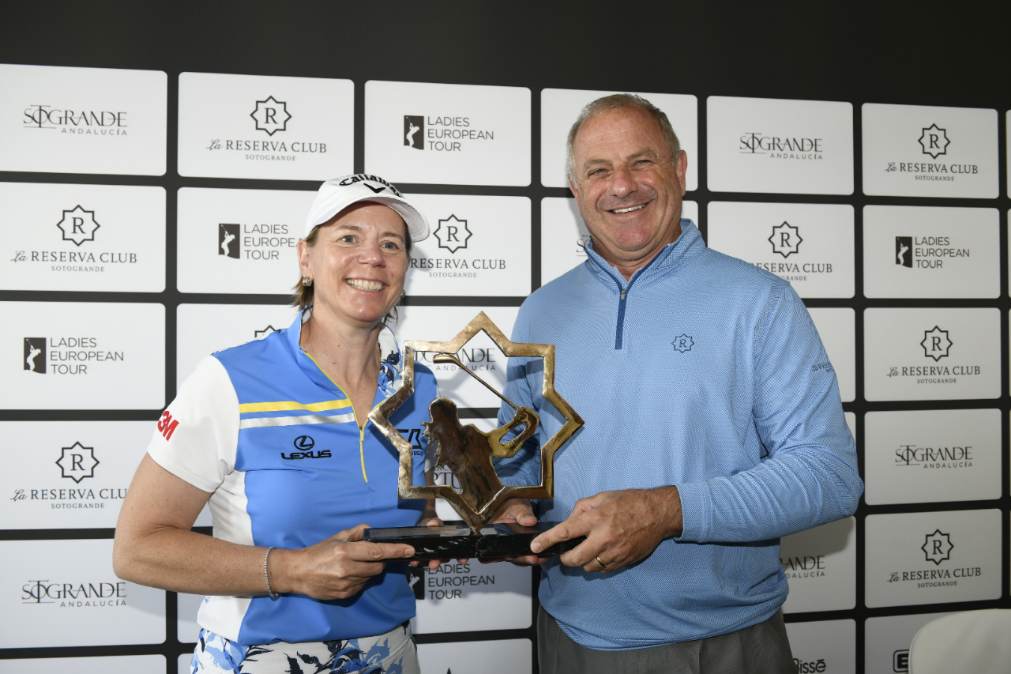