The perfect spot to meet, eat, chill and relax. 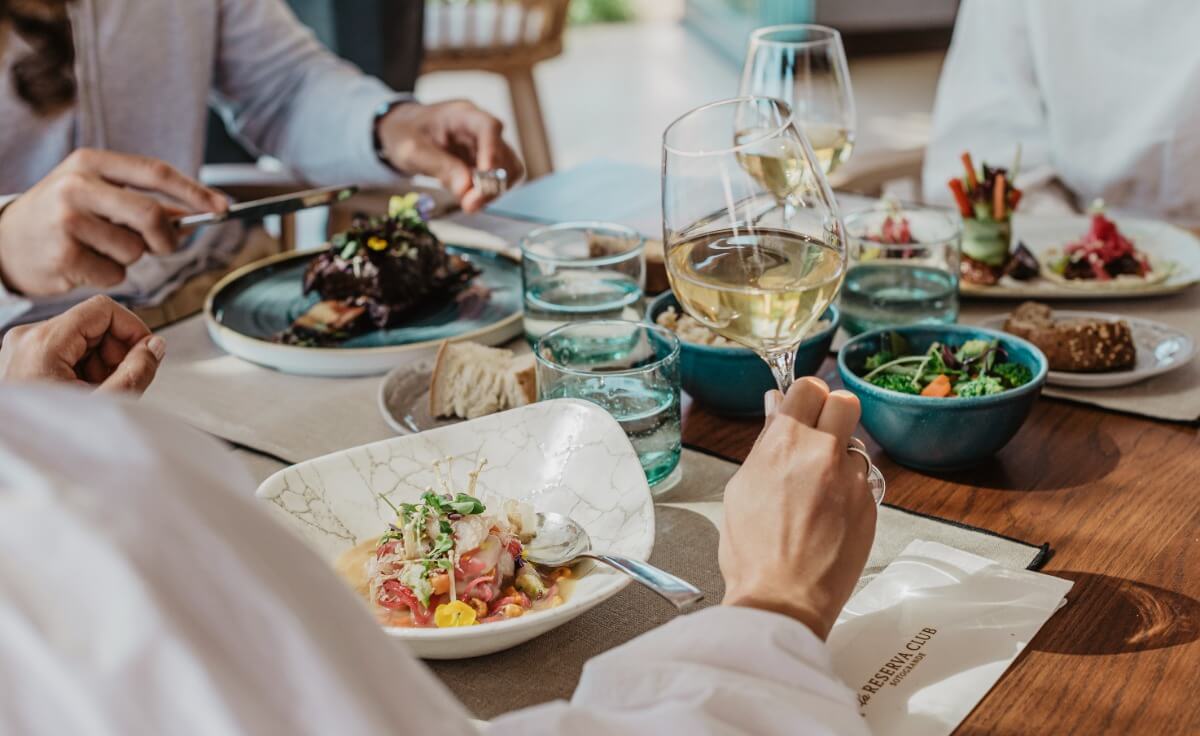 Eating at The Beach

Enjoy Mediterranean gastronomy, the best selection of sushi and gourmet fusion food at The Beach.

Our chefs use the freshest, best quality ingredients and have devised a varied and delicious menu, with snacks, salads, paella, fish and seafood, meat dishes and scrummy desserts. You’re sure to find something to suit your mood and tickle those taste buds.

Choose to eat at our chic and comfortable restaurant by the lagoon, or on your sun bed –  you decide. 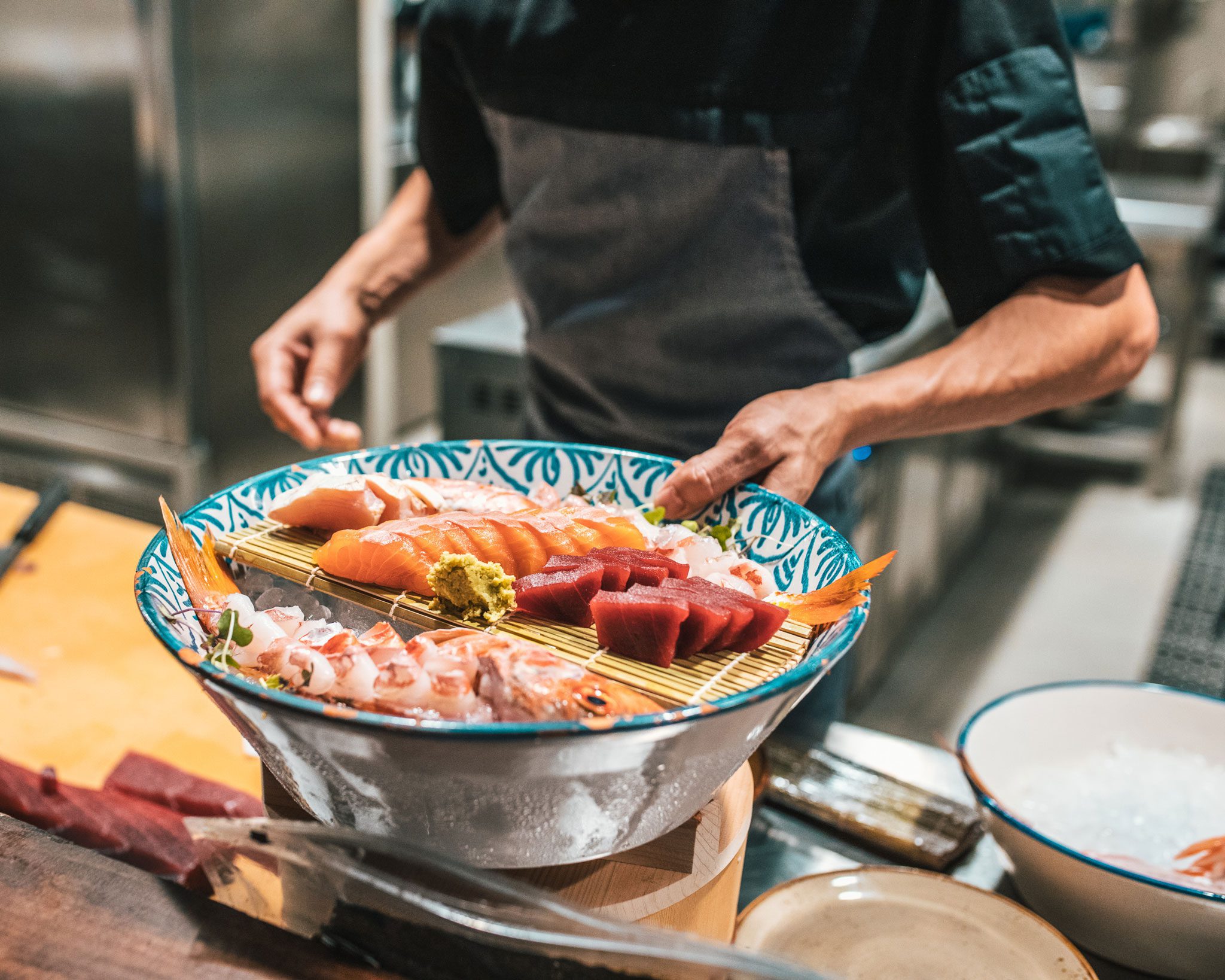 Sushi chef is on hand to prepare the best sushi to enjoy in the restaurant or on your lounger at The Beach. We have a wonderful range of sashimi, niguiri, maki, temaki, uramakis and tartars, using the finest cuts of fresh fish. The team have devised a special niguiri selection, which you won’t find anywhere else, featuring surprising and delicious combinations such as beef tataki, quail egg and truffle, and steak tartar with crunchy rice. 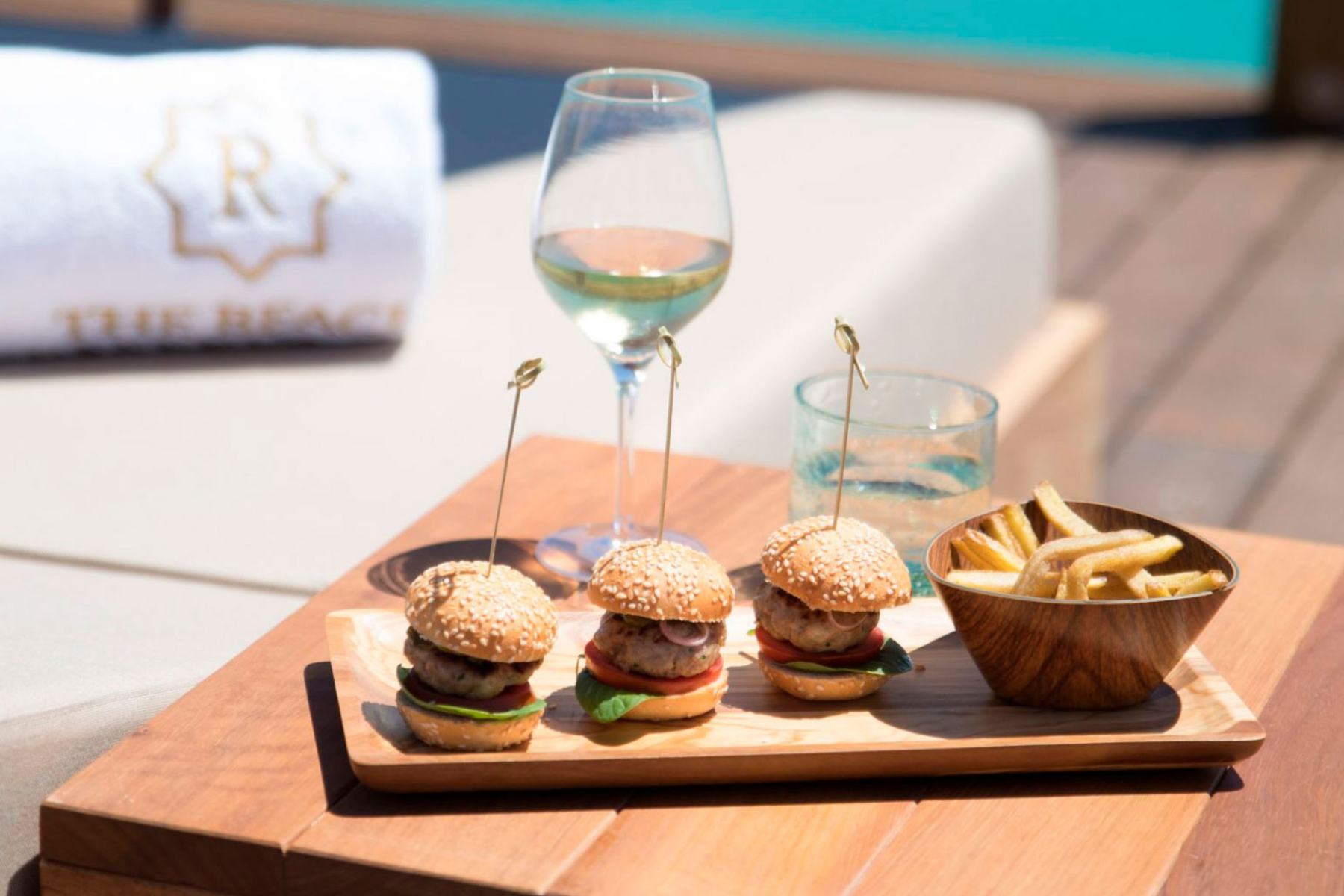 Fresh food delivered to your sunbed

Our comfortable sun loungers are the perfect place to relax and soak up the sun, and when you get peckish there’s no need to go anywhere else. Enjoy our sushi selection, salads, snacks, burgers and sandwiches right on the sand. The kids will also love our special menu featuring pasta, nuggets, croquettes, burgers and of course ice cream. Our helpful team will take your order and bring delicious dishes straight to you! 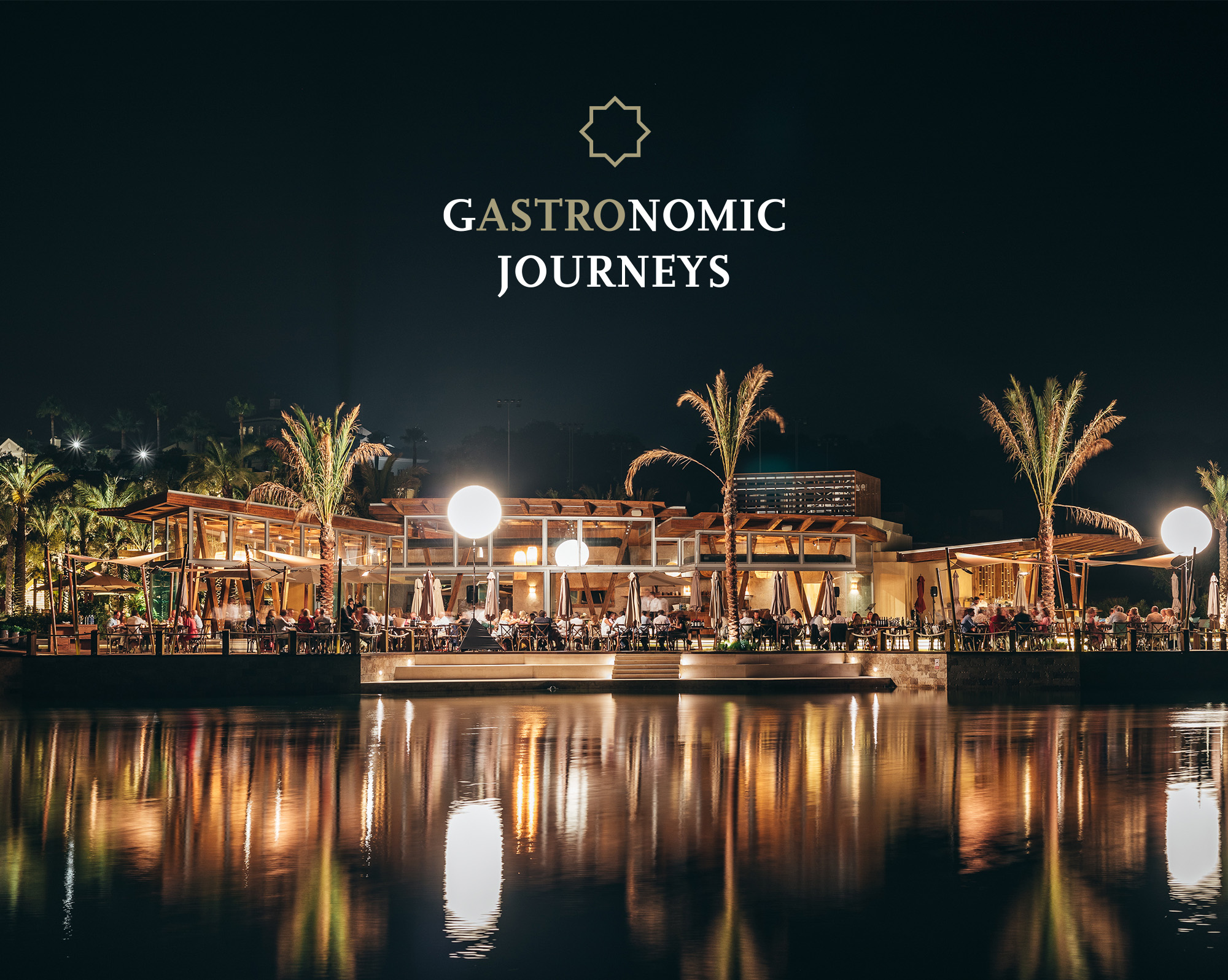 Dinner under the stars & GASTROnomic Journeys

The restaurant at The Beach is open every evening to dine under the stars from the 11th of July to the 4th of September. In addition to providing many exciting events throughout the season, we’re hosting chefs from five Michelin-starred restaurants for special gastronomic events this summer. You will be able to sample exquisite food from some of Spain and France’s leading restaurants at The Beach’s restaurant.

Put these dates in your diary:

2nd – 3rd of September – Soon we will know the new star

They will be cooking alongside our own chefs, for some very special gastronomic events which will delight your senses. 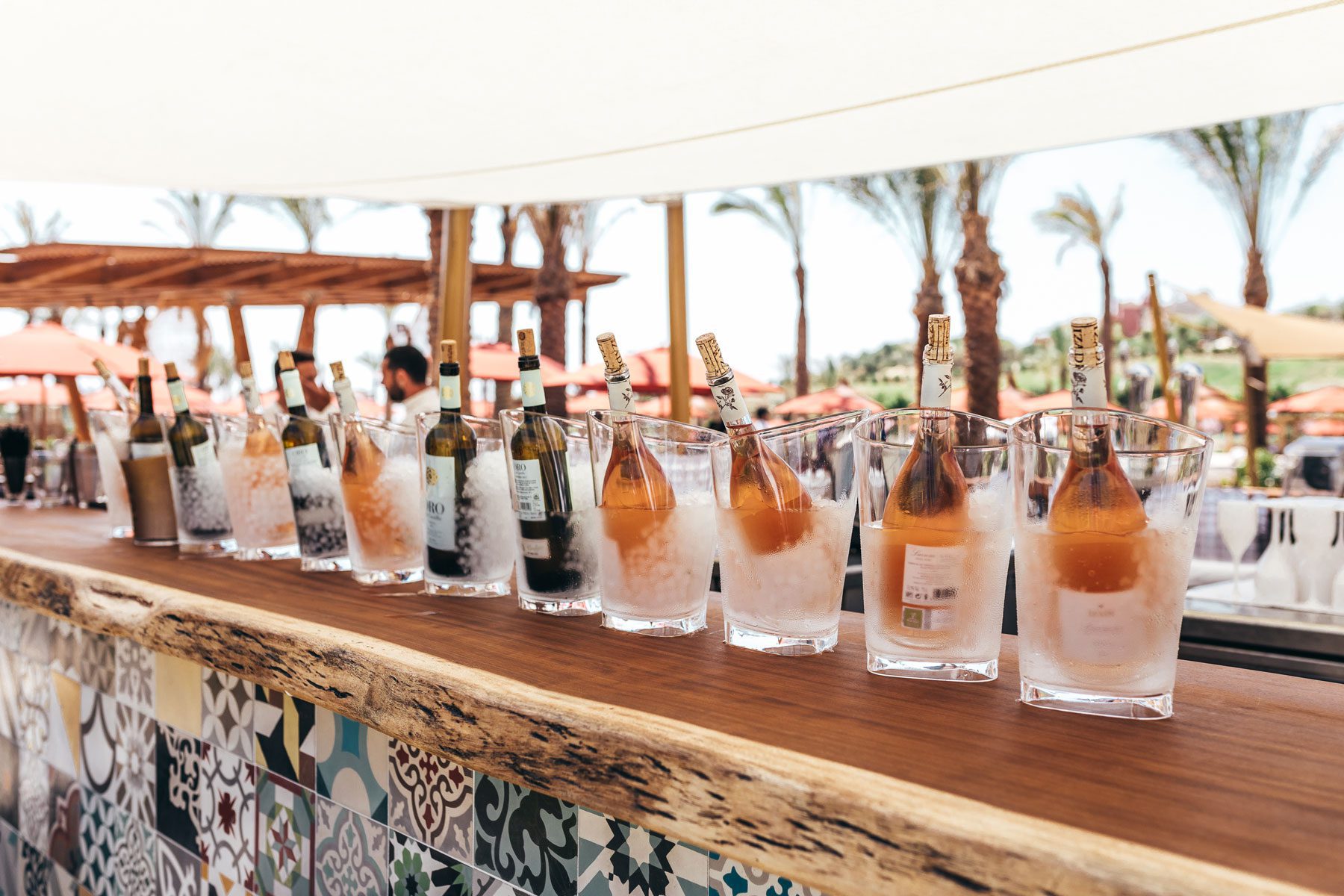 Celebrate the summer on your lounger with one of our sparkling wines and champagnes. Our Sommelier has selected a wide range of wines to pair perfectly with our menu at The Beach. You can start the meal with an aperitif. Enjoy one of our crisp white wines, delicious rosés, or powerful red wines with your meal. Last but not least, finish off your meal with a dessert wine paired with one of our sweet treats. Cheers!

BOOK YOUR GASTRONOMY EXPERIENCE AT THE BEACH RESTAURANT 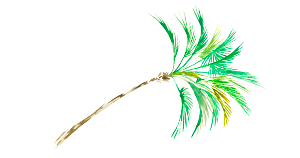